Admittedly, this is an author conceit.  Part of my vision for my work is the idea of a "shared continuity," in which stories are somehow connected to one another.  The idea is to create the impression that all of my stories take place in the same fictional continuity.  While this is not something I've had in place from the beginning, it is something that I'm beginning to incorporate into my work.

Below is a list of how different stories I've written connect to others.  Some are direct (i.e., sequels), while others are more indirect (i.e., a passing reference to something that happened in a story that would otherwise be unrelated).  In other cases, a common thread such as a business, town, or institution will be mentioned in more than one story.  This list will be updated periodically as more stories are published.

"The Widows Greer" is a sequel to "The Watchman."

"Bring Out Your Dead" is a sequel to "The Pride of Guillermo."

"The Siege of Peter Marak" references "The Alabama Hammer" in relation to Shawn Holt's mysterious disappearance being covered on the 11 o'clock news.  It also makes use of the term Zero Hour, although not in reference to the book itself.

Talbot Laboratories is a research facility connected with a number of experiments that go awry.  This facility and its experiments are referenced in the updated versions of  "The Siege of Peter Marak" and "Friday Night Frights," as well as "Vultura Returns...Again."

WCDB is the radio station operated by Houston Hall in "The Other Woman."  It is also mentioned in the updated versions of "Proof" and "The Widows Greer." 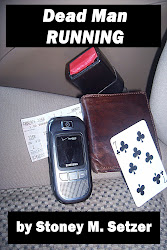 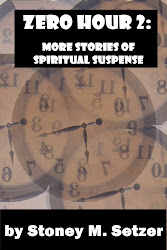 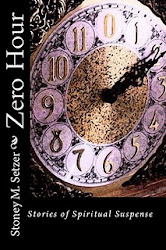